One of the most important tourist entertainments of the region is definitively the gastronomy. Here you can find fish specialties, vegetables as well as all kind of different preparations of meat. Not enough also dried fish, cheese specialties and wine take part in the assortment. The local products fascinate by their unique and intense taste. There are many ways to celebrate and enjoy all kinds of dishes.Obviously one of the well-known rice dishes the “CALDERO” (similar to a paella) is as important as the local fish or shellfish specialties of MAR MENOR. There is a big variation of traditional dishes from Murcia to be found in LOS ALCAZARES and LOS NAREJOS, which are internationally recognized.Among those are the “Paella” with shellfish, the “michirones”-(dried beans) and “pastel de carne” (meat pie) just to mention some of them. There is one thing to say “Good Appetite”.

The most important ingredients in the Mediterranean Kitchen are “TRIGO”, “OLIVIO” and “VID”, what roughly translate into “BREAD”, “OLIVE OIL” and ”WINE” this three components are not allowed to be absent if you consider the MEDITERRANEAN DIET.

Obviously, in LOS ALCAZARES and LOS NAREJOS you will find also the typical lobsters of the MAR MENOR and the “Caldero”. Easy to make, it can be found anywhere along the coast. The CALDERO is being prepared in a big cast-iron casserole in Spanish called “CALDERO” alternatively with shellfish, fish or nothing at all. 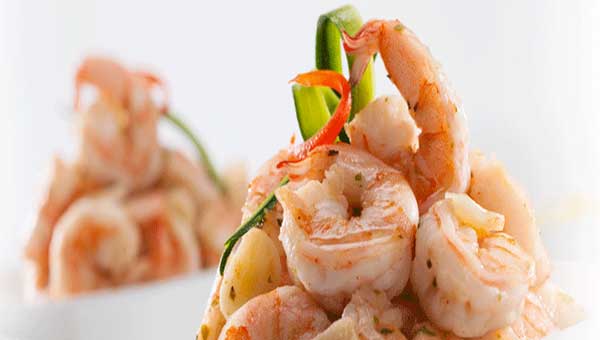 Speaking of the MEDITERRANEAN FOOD especially of this region, one can probably say that there is not one main ingredient but several such as fish, meat or vegetables. This is an inheritance of the time when the attack of the moors where a daily occurrence.

The pig is, besides the fish and seafood, one of the animals which are completely being processed, whether served barbecued, grilled or roasted. Not to forget the sausages and appetizing delicacies, for example “MORCON” (sausage similar to the Chorizo), “LONGANIZAS” (fine, air-dried raw sausage), “MORCILLAS” (Spanish black pudding) and a lot more.

Even though the sun shines most of the year, there are dishes which are suitable for these few and in between rainy and cloudy days. An example for this kind of food is the “MIGAS RURALES”- the secret of this dish are not the ingredients such as flour, water or salt but the patience you need to prepare them!

At last but not least grape vines are being cultivated in this region, since the times of the romans. The wine produced fits perfectly to the dishes being served. This region is divided into three cultivating areas called “Denominaciones de Origen”. JUMILLA – this wine region lies in the province MURCIA and Albacete has a surface of 30.000 hectares. The cultivation area YECLA has a surface 7.200 hectares and BULLAS, the smallest wine-growing area with a surface of 2.260 hectares. From red wine to rose wine as well as white wine with rich tastes, are being produced here. You will find wines for each occasion and for all courses of a dinner.